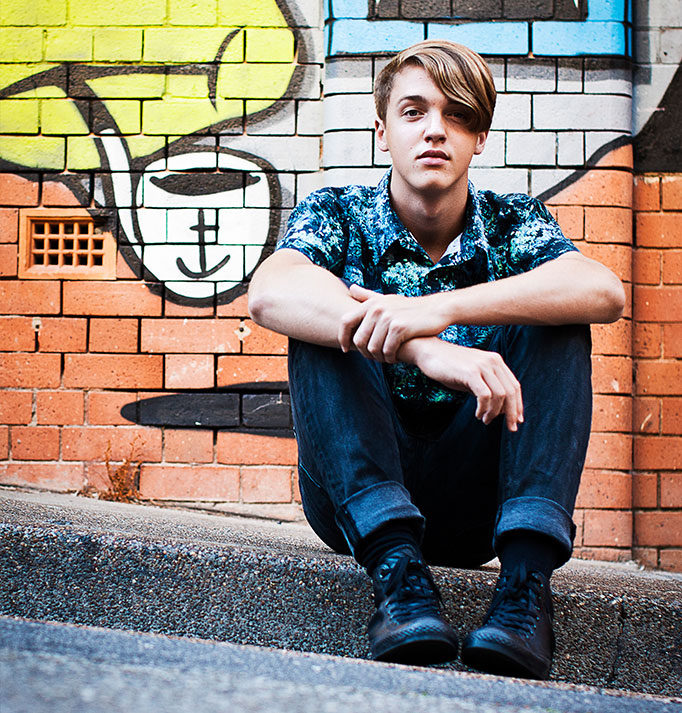 Ever since a very young age, James has been destined for music and performing. Now at the age of 17, James has developed into a young, talented and enthusiastic singer/songwriter, with big plans for the future.

James has been playing at pubs, clubs, restaurants, private functions and festivals throughout the Hunter Valley since the age of 13, covering a wide range of musical tastes. He has been writing music ever since he was 11 and he continues to perform his original songs, with his own EP in the works.

James has also performed as a soloist in Star Struck at the Newcastle Entertainment Centre, and  in 2013 won The Youth Rockin The Black Dog (Battle of The Bands) competition, that landed him a spot on the bill at FAT AS BUTTER 2013.

“I have watched my favourite artists growing up for years, people like Jason Mraz, Coldplay and Matt Corby, and all I see is myself one day standing beside them”, he says.

Let James’s soulful acoustic tunes become a part of your life, let his rhythmic progressions and his flowing melodies rush into your veins. For all James wants is to delight audiences, and ENTERTAIN.